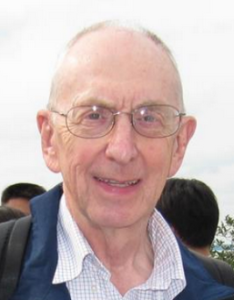 Dr. Norman R. Draper, 91, professor emeritus and distinguished professor of the Department of Statistics at University of Wisconsin, died on June 19th, 2022. He will be remembered as one of the most outstanding pioneers in regression analysis and design of experiments.

Norman was born in Southampton, UK, on March 20th, 1931. His early education was at Taunton School, Hampshire, UK, and later he studied Mathematics at Pembroke College, Cambridge University (B.A. 1954, M.A. 1958). He subsequently (1958) obtained his Ph.D. degree in Statistics at the University of North Carolina (UNC-Chapel Hill), under the supervision of the combinatorics guru Dr. R.C. Bose.

Norman met George E.P. Box while working as a Technical Officer at Imperial Chemical Industries (ICI) in the summer of 1955. Soon after he graduated from UNC, he was recruited by Box to join a newly established Department of Statistics at the University of Wisconsin in 1961, where he worked until his retirement in 1999. [Aside: Norman went back to England after graduating from UNC and worked for ICI from 1958-1960, then he came to UW in 1960, working at Mathematics Research Center during 1960-1961.] He was promoted to an associate professor in 1962 and then full professor in 1966. He served as the department chair for several terms, including 1968—1972 and 1994—1997.

The modern quality management movement since the 1980s posed several interesting challenges to the statistics profession. One of these was the need to develop designs for exploratory experiments, where preliminary screening for a large number of factors is needed. Another challenge is empirical model building for quality characteristics through designed experiments and model building. Dr. Draper was one of the prime movers in the development of response surface methodology (RSM) in quality engineering. His 1987 book, co-authored with Box, entitled “Empirical Model Building And Response Surfaces” (EMBARS, denoted by M ), is still among the best Response Surface textbooks today.

Prior to the popularity of “Six Sigma,” “Taguchi Robust Design,” and “Total Quality Management,” one topic commanding widespread attention in Quality Control was “Evolutionary Operation.” Norman was clearly one of the original providers (right next to Box) for such a popular methodology. His 1969 book, co-authored with Box, entitled “Evolutionary Operation” remained on the best-selling list of Wiley 35 years later. 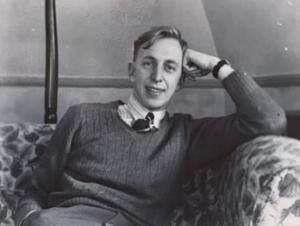 Norman was also a great educator. He taught and influenced many practitioners and students through his classes on regression analysis, evolutionary operation, design of experiments, and response surface methodology for ASQ and ASA, among others. His first short course on regression analysis dated back to the 1960s with Dr. Harry Smith. They eventually had their lecture notes organized into textbooks — the earliest and the most well-known being “Applied Regression Analysis” in 1966. During the 1960s, this was the regression “bible” and made a significant impact on modern quality control and other fields.

Norman published more than 150 professional papers, the predominant theme being design of experiments, linear models, and response surfaces. His early work on “robust experimental design” and “mixture experiments” was highly influential in the past four decades. His more recent work on “design projection properties” and “Plackett and Burman Design” is also well recognized. He has written/defined 10 statistical terms in various versions of Encyclopedia of Statistical Sciences. Norman has also directed nearly 20 PhD students at the University of Wisconsin, and most are very well established. He was generous and gracious with his time and expertise, and he helped advance the careers of many students and friends.

Norman was active in many key statistical societies. He was an elected fellow of the American Society for Quality (ASQ), the American Statistical Association (ASA), the Institute of Mathematical Statistics(IMS), and the Royal Statistical Society (RSS), as well as an elected member of the International Statistical Institute (ISI). He was associate editor for various statistical journals and received numerous awards, including the Technometrics Jack Youden Prize (1971 and 1979), the Humboldt Prize (1991), the Max Planck Prize (1994), and the ASQ Shewart Medal (2005).

Norman is survived by his devoted companion of more than 35 years, Jeannine “Nan” Sievert of Madison; loving daughter Mary (Juan) de Luna; three cherished grandchildren Elizabeth de Luna, Brian de Luna, and Catherine de Luna; sister Esther Butz; and by former colleagues and long-time friends around the country and the world who will dearly miss him.